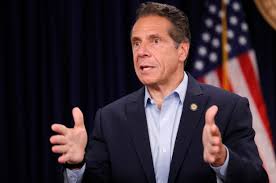 New York Governor, Andrew Cuomo and his long-time girlfriend, reality TV star, Sandra Lee, have broken up after 14 years together.

In a joint statement released by the pair on Wednesday announcing their split, they said: “Over the recent past, we have realized that our lives have gone in different directions and our romantic relationship has turned into a deep friendship.”

They continued, “We will always be family and are fully supportive of each other and dedicated to the girls. Our personal lives remain personal and there will be no further comment.”

They had no children together, but Governor Cuomo has three daughters from a previous marriage.