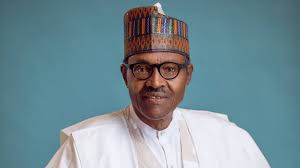 The father-in-law of Buhari’s ADC, Alhaji Musa Umar has been abducted from his residence in Daura.

It was reported that Umar was sitting in front of his house, after returning from the mosque, when he was abducted.

Alhaji Musa Umar is the district head of Daura, the hometown of President Muhammadu Buhari.

His whereabouts is still unknown.